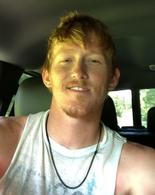 Corey was born August 22, 1995 to David Gregory and Lori Shoemaker Gregory. Prior to his illlness, he worked for Kemin Industries. Corey was an all around athlete, he excelled in playing football, basketball, baseball, golf, and softball. He loved the outdoors and never missed a hunting season or a chance to go fishing. His biggest accomplishment was being a daddy to his favorite little girl PJ.
Corey is survived by his parents, his siblings, Courtney and Blake Hooten, Brett and Bailey Gregory, and Ben Gregory.  His 3 year old daughter, Presley Jo “Peanut”, who was his pride and joy and biggest blessing, and his other pride and joy, his niece, Avery Elizabeth Hooten.  Also surviving are his Nana, Clara Shoemaker, Poppy and Mamaw, Paul and Jolita Gregory, aunts and uncles, Nick and Julie Henson, Richard Shoemaker and Kim, Steven and Tara Shoemaker, Steven Gregory and Lisa, and Eric and Julie Simpson. Cousins Zac, Drew, Seth, Aubrey, Jessica, and Kayla. His second Dad and brother, Kerry and Dallas Peterson, lifelong friends Cody and Kayla Wright, Bryant Vaught, and Ryan Hillis.

Once you met Corey, you knew instantly what a good, kind hearted guy he was. He loved being around his people and spending as much time with them as he could. He will forever be missed and loved, but we will cherish every memory of him and remember him with a smile.
Corey’s family would like to thank everyone who prayed, donated, loved, and supported him through his journey. They say it takes a village and we definitely have the best!

Funeral services will be held Friday, April 23 at 2:00 p.m. in the Aurora High School gymnasium under the care of Peterson Funeral Chapel. Burial will follow in Maple Park Cemetery.

Visitation will be held Friday from 12:00 p.m. until service time in the gymnasium.

In lieu of flowers, memorial donations may be made to an account at First Independent Bank for his daughter, Presley or to St. Jude Children's Research Hospital.